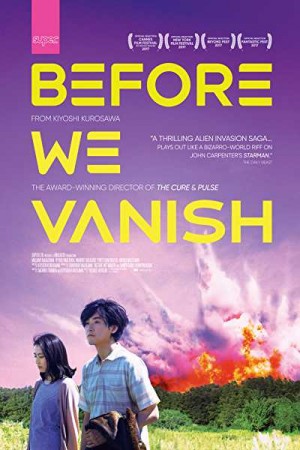 Before We Vanish Full Movie Synopsis:

Before We Vanish is a Japanese science fiction movie directed by Kiyoshi Kurosawa. The movie is a tale of human love and mystery covered with layers of mystery and thrill. The story revolves around three aliens who come to earth to set a base on earth for their mass invasion. In order to give their plan a shape, they take possession of three human bodies, which they will now use as tools to know the humans life better, to plan their attacks. But while doing that, they will face several new emotions that they weren’t aware of. The story explores what it means to be a human in a world which is all hell bent on destroying each other.


Rent / Buy Before We Vanish Online