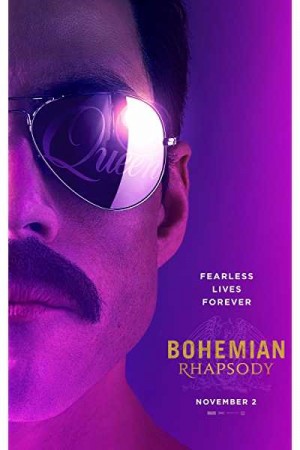 Bohemian Rhapsody, a 2018 British-American joint venture, is a biography of the lead vocalist of Queen, a British rock band. The Queen band made a legendary appearance at the Live Aid concert in 1985 while the movie entails the journey of the band to this platform, right from the scratch. However, more focus in this movie is laid on the life of the lead singer Freddie Mercury who was earlier known as an aspiring songwriter named Farrokh Bulsara during the early period of the 1970s. The movie walks you through the chronicle of the years stating how Freddie formed the rock band and raised it to glory.