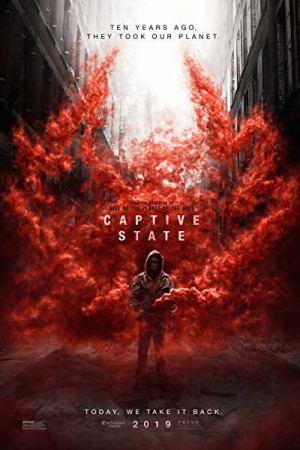 Captive State is an American science fiction thriller that follows a young man who gets caught up in a rebellion against an extraterrestrial force. An alien race has enslaved Earth and enslaved humans under the guise of a peaceful unity while the movie explores people in Chicago neighbourhood taking both the sides, collaborators and dissidents. Involving things like lies spoken to the public, oppressive government, and people protesting against, William Mulligan is assigned with the task of uniting humans against the alien enemy who recruits a young boy named Gabriel Drummond, son of a fallen soldier and a part of a rebel group called Phoenix.