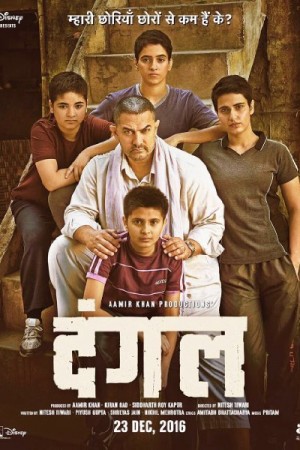 Dangal is an upcoming Hindi sports biographical drama based on the life of Mahavir Phogat, the great veteran wrestler. The film will take a peak on the life of the man as he grew up in a very common local household in Haryana where wrestling was very widespread. The other important thing about the man was that in a place where the girl children were not allowed to even go out of the houses, let alone participating in the sports, he trained his girls to take part in the international wrestling tournaments and it was all fruitful as one of daughters won the gold medal and other a silver medal in the 2010 Delhi Commonwealth games. The film stars Aamir Khan, Sakshi Tanwar, Fatima Sana Shaikh and Sanya Malhotra in the main roles.