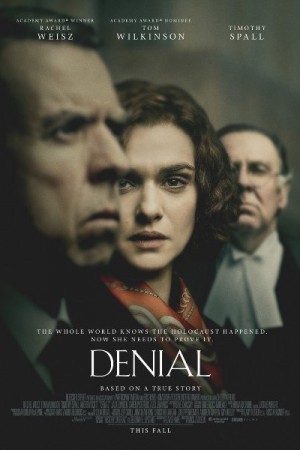 Denial is a 2016 American-British drama film based on the novel History on Trial. The movie follows the story of Deborah and her battle against a man who according to her had denied the holocaust. The man accuses her of libel and the movie unfolds as the audiences get to know the different aspects of the case. The book when came out, ran into some controversies at is consists of deforming of some historical events but was critically acclaimed nevertheless. The film stars Rachel Weisz, Tom Wilkinson, Timothy Spall, Andrew Scott, Jack Lowden, Caren Pistorius and Alex Jennings among others.