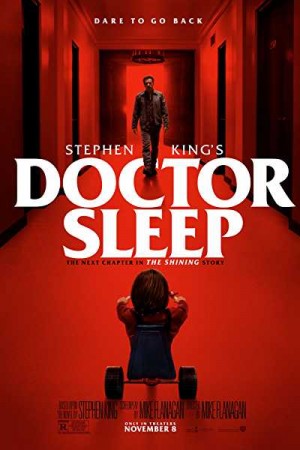 Doctor Sleep is an American psychological horror film. The story revolves around Danny Torrance who is scarred by the trauma he endured as a child at the Overlook during the events of The Shining. Though he has managed to find some semblance of peace, he is shattered again when he encounters Abra, a courageous teenager with her own powerful extrasensory gift called shine. Dan learns that both share similar powers and that Abra is desperate for his help against the merciless Rose. Compelled by a fearless embrace of Abra’s shine along with her innocence, Dan calls his powers to a level he never achieved before that lead him to re-awaken a ghost from his past and face all his fears.