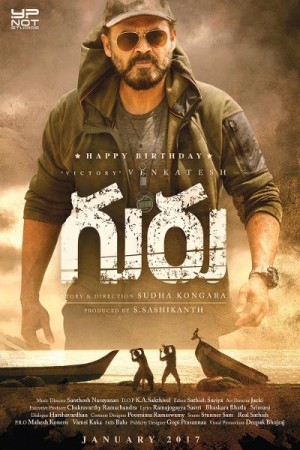 Guru is an upcoming Telugu sports drama film based on the life of a boxer who experiences some bad fortune in the game. Even though he is talented enough, his over the top aggressiveness mixed up with his bad luck comes forward as the biggest hurdle in him having a successful career in boxing. He somehow finds a slum girl as his prodigy. She is as fierce and aggressive as him he decides to train her to transform her into one of the best women boxers in the country.