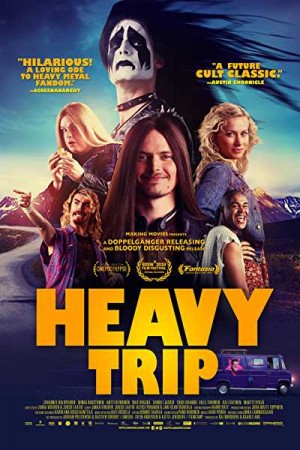 Heavy Trip is a Norwegian comedy movie revolved around the character Turo who is a heavy metal singer who is stuck in a small village. Set up in a small town in North Finland, the only source of entertainment for the 25-year-old musician is his heavy metal band – Impaled Rektum. Due to not much hype or interest for heavy metal music in the town, the band has spent 12 years rehearsing covers without composing a single song or playing a gig. Fate gives Turo a chance when he meets a promoter of Norway’s biggest metal festival and sets up a comic, adventurous journey towards the opportunity.