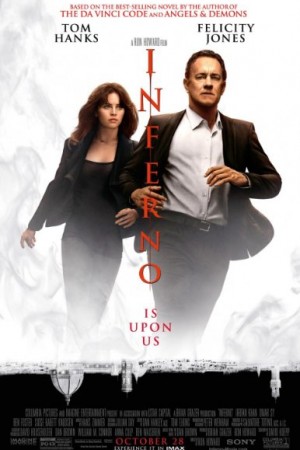 Inferno is a 2016 American thriller adventure film based on the novel of the same name by Dan Brown. Langdon is onto his latest voyage. He wakes up in a hospital suffering from a loss of memory but there are so many secrets that he knows are in there somewhere. In search for them, he takes his allies and races through Europe to look for the answers to them and in the process, he is going to discover some deadly plots that threatens the world. The film stars Tom Hanks, Felicity Jones, Ben Foster and Irrfan.