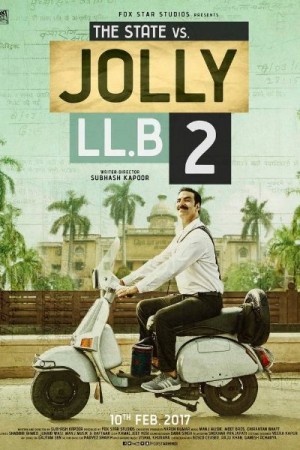 Jolly LLB 2 is an Indian film serving as a sequel to Jolly LLB. The director has said that the film has been inspired by some true events. The film tells the story of a good for nothing lawyer, who even struggles to get good cases and winning one, is out of his league. His goofiness everytime comes in the way of him making a good impact. Some crazy turns of events take place and it shakes him to his core and he begins taking his profession a lot more seriously and swears on providing the victims justice, which apparently they deserve.