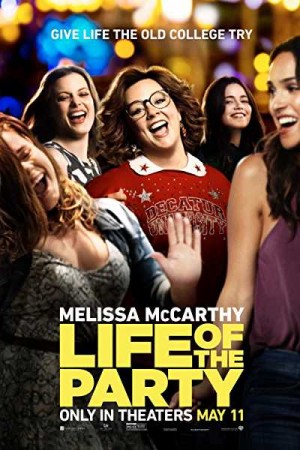 Life of the Party is an upcoming Hollywood comedy and drama film directed by Ben Falcone which happens to be the story of a middle aged woman who get dumped by her husband. Deanna is a typical housewife whose life revolves around her husband and daughter who is studying in college. The meaning of her existence comes to an end when her husband dumps her and she realizes that she hasn’t achieved anything in her life. But rather than sitting and crying in a corner she decides to prove herself and find the true meaning of her existence.