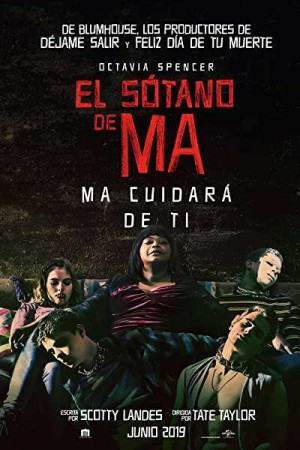 Ma is an American psychological horror film follows a lone woman who keeps to herself in the quiet town of Ohio. One day, when approached by a teenage girl named Maggie for helping her buy booze, she befriends the group and offers them to avoid troubles of drinking and driving by hanging out in her basement. Though she applies few rules to partying at her basement, the prominent one is calling her Ma. While the teenagers agree to her conditions and start enjoying their time, things turn into a nightmare with Ma’s hospitality curdling into an obsession. Will the kids escape the worst place on Earth disguised as the best place earlier?