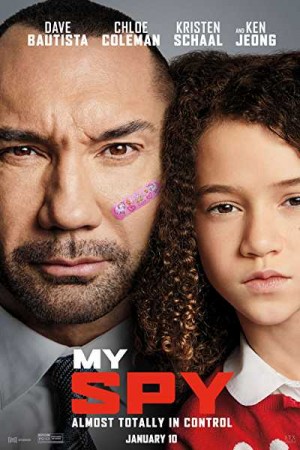 My Spy is an American action comedy film following a story that revolves around a hardened CIA operative JJ and a 9-year-old girl named Sophie who catches him spying on her family during a routine surveillance operation. She finds the base of the surveillance operation through her tech-knowlegde and convinces JJ to guide her on how to be a spy for not exposing him. It seems like an easy task at first but soon turns into a battle of wits as Sophie proves that you don’t need much experience to outsmart a seasoned agent. Later, JJ finds he is no match for Sophie’s disarming wit and charm.