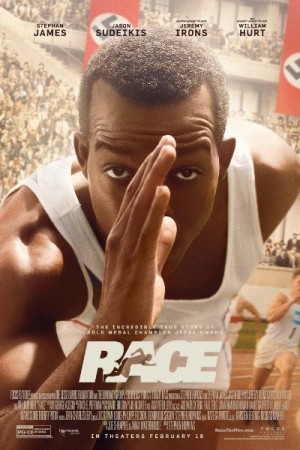 Jesse Owens’ struggle against Germany’s Aryan supremacy into the Olympic games of 1936 where he overcomes all adversity to win 4 gold medals at Berlin. Jesse Owens, the famous black American athlete, makes his way to Berlin Olympics in 1936 under Coaches Larry Snyder with the aim to show this world that victory doesn’t belong to any specific race or color.

Based on the true story of legendary athlete Jesse Owens, played by Stephan James, Race shows how a black athlete becomes a legend into a white world against all odds just with his courage, hard work determination and tolerance.

A must watch for the whole family, Race is a amazingly inspirational sports-drama film with a great storyline and mind blowing performance by the start cast.