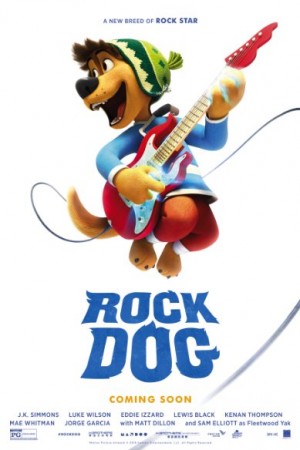 Rock Dog is an animated comedy film telling the story about a dog and his passion to become a rockstar. He lives in a little town where his father is a well respected sheep herder and Bodi, the Tibetan Mastiff has to follow his footsteps. But soon he realizes that he is not cut out for the stuff and looks for his destinies beyond that. Once he finds a radio and upon listening to a great rock song, he decides that he is made for music and moves to big city to live his dreams. However, things turn ugly for him and the story is about how he overcomes that and makes a name for him in the music world.