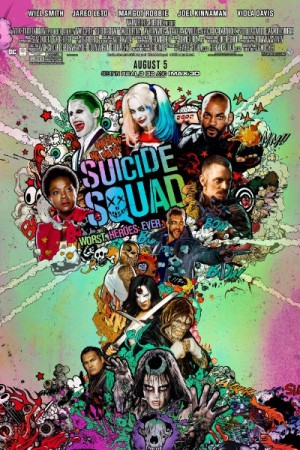 Amanda Walker proposes to prepare a squad of a group of super-villains in order to fight an upcoming threat and send them to a combat mission with Joker who is bringing his own squad to take over the city. Batman makes a cameo as well. These new combat force members are Joker’s former girlfriend Harley Quinn, an expert marksman Deadshot and few other super villains who are in prison and are lured by reduced sentences. The movie is directed by David Ayer with Jared Leto, Margot Robbie and Will Smith playing the lead roles.