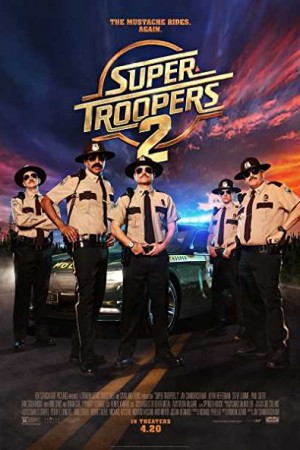 Super Troopers 2 is an upcoming American comedy crime film directed by Jay Chandrasekhar, written by and featuring ‘Broken Lizard’, an American comedy crew made up of Jay Chandrasekhar, Kevin Heffernan, Steve Lemme, Paul Soter and Erik Stolhanske. Picking up from where the original ‘Super Troopers’ left off, the plot of the movie follows a team of slow-witted but patriotic state troopers who had been waiting eagerly for a chance to prove their mettle, when opportunity presents itself in the form of a border dispute. An international border dispute arises between Canada and U.S. when an American research reveals that a small Canadian town is actually on American soil and the state troopers are assigned the duty of setting up a new highway patrol station in the disputed area of Canada.