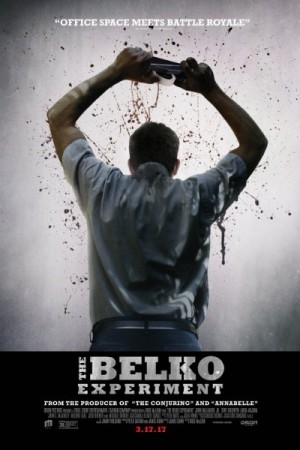 The Belko Experiment is an American horror film based on a twisted social experiment which is sure to give the audiences creeps. The film is set in an office like setting where a group of 80 white collar Americans who work like regular people are locked into the building and are forced to participate into a deadly game. Amidst all the gore and violence, there is also a love story at the heart of the film. The story starts when the employees start noticing something weird going on with the security of the company. And then the dreaded voices at the intercom appear and say that most of the employees will die within the next eight hours. The local workers have been sent home and these are only true blue Americans which are forced to be the part of the game. In the game, the participants has to either kill others or be killed themselves in order to be alive. A scary voice at the intercom conducts the rules of the game and ensures that each and every participant is playing. The film deals with the themes of gore, horror and psychological horror.