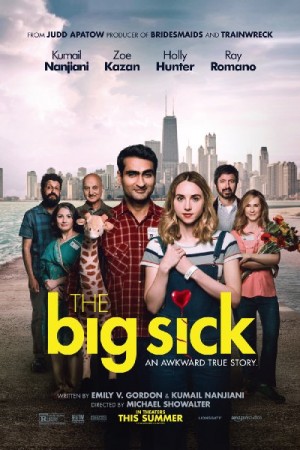 The Big Sick is an upcoming American comedy drama film taking on the lives of a very unlikely couple, a Pakistani man and an American woman, as they both struggle through a lot in order to be together. As their relationship grows, the cultural differences persisting between them start becoming more and more troublesome for both of them, especially for the guy. And to make the matters worse, a very serious health threat comes into their lives and it starts falling apart.