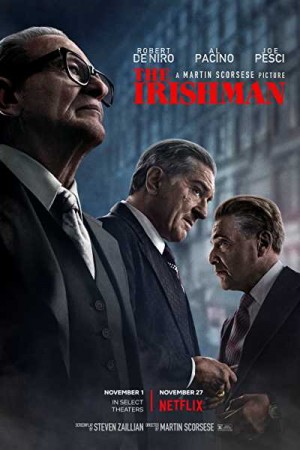 The Irishman is an American epic crime film. The story revolves around Frank Sheeran who is a truck driver. He gets involved with Rusell Bufwalino and his Pennsylvania crime family. As a World War II veteran, Frank developed skills during his service in Italy. Now, he recalls his past including how he climbed ranks to become the top hitman of his time. The plot also reflects on the events that defined his career as a hitman. However, the story takes a mysterious twist when Shareen recalls his possible involvement as a mob hitman with the slaying of Jimmy Hoffa, his longtime friend.