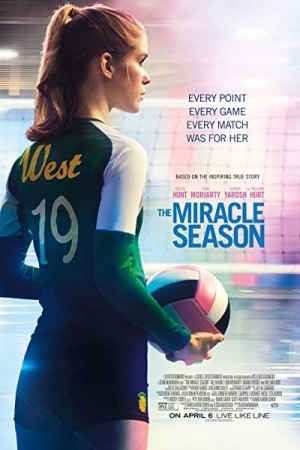 The Miracle Season is an upcoming American sports drama film directed by Sean McNamara. Inspired by a real-life story about a high school volleyball team, the movie features Helen Hunt, William Hurt and Danika Yarosh. The star performer of the volleyball team of Iowa City West High School, Caroline Found, dies in a tragic road accident. The plot of the film follows the remaining teammates as they initially struggle with their performance in the absence of their team leader. Despite their grief, they continue to work hard and win the state championship, a task nobody believed they could accomplish, to honour the memory of Caroline.