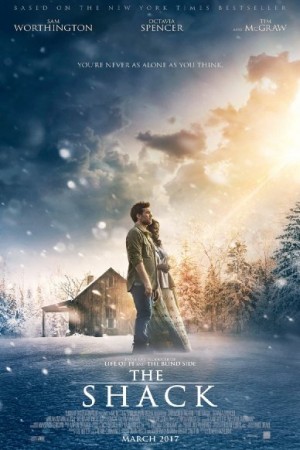 The Shack is an upcoming American fantasy drama film telling the story of Mack, a manic depressive who slips into depression following a family tragedy. He loves his daughter so much and an accident takes her away from him. His view of life becomes extremely sad and negative, but his life turns around soon. He receives a letter from some unknown source which urges him to visit the abandoned shack, which is actually exactly the place where his daughter took her last breath. He is devastated but going by the fact that the letter claims to be from God himself, he decides to go ahead. And when he finally reaches the spot, there he finds some mysterious people, a trio to be more precise. The leader of the trio is named Papa, a woman. The strangeness in the events deepens as the story moves further. There he looks for the meaning of his life and his shattered beliefs change once again and this time, to something greater and more spiritual. The film deals with the themes of loss, love, enlightenment and spirituality.