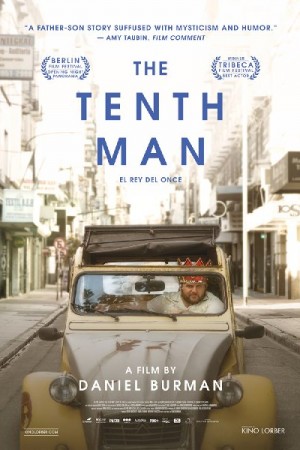 The tenth man is the story of Ariel, played by Alan Sabbagh, who return to his childhood home when his father. Ariel goes through the journey of self exploration throughout his return to the old home. His relation with father is retold in this new phase. His father works for a charity and is known as the Big Macher in the community. His father was absent during his childhood because of Jewish tradition of having at least 10 man at the funeral of any Jewish person. The father-son relation is directed by Daniel Burman.