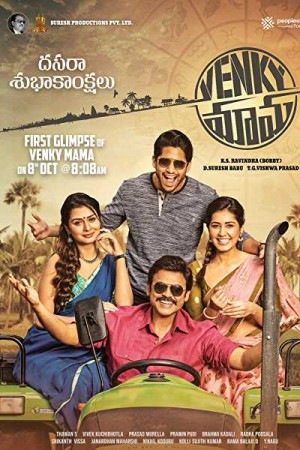 Venky Mama is an Indian action comedy movie in the Telugu language. The story revolves around Karthik’s life who lost his parents to a tragic road accident during his childhood. Though his maternal uncle (Venkatarathnam or Venky Mama) helped his parents get married despite being opposed by Ramanarayana who is Karthik’s maternal grandfather and a well-known astrologer. Ramanarayana predicted that horoscopes of Karthik’s parents don’t match and also suggest Karthik’s paternal grandparents raise him stating a warning that he will bring bad luck to his family. However, when Venky Mama insists on raising his nephew, know what happens next in the movie.