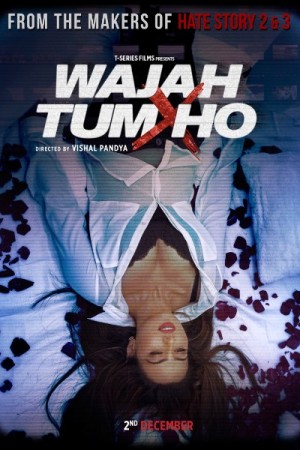 Wajah Tum Ho is an upcoming Indian erotic thriller film revolving around a murder mystery that has supposedly got the life of a policeman. However, the murder is made public as it got broadcasted on a live television programme. The entire system gets hyper and the CEO of the television channel is brought into questioning. The system gets into finding the cause of the event as it was established that it was some hacker who hacked the channel. As the things move ahead, one another murder hits the screens of a national television channel across the country and everybody loses their mind yet again.