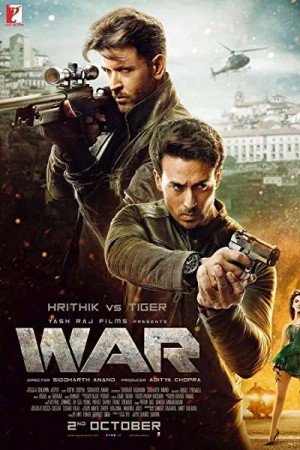 War is an Indian action thriller movie based on a story that revolves around an Indian Soldier named Khalid. He is assigned to eliminate his former mentor named Kabir. In this incredible action sequence, stars push their bodies to the limit to pull off some death-defying action. When a man is pitted against his mentor, it leads to a face-off between the duo causing a one-of-its-kind action spectacle. An action-led thrill is created on who will win, a former soldier turned rogue or the new-age soldier who learned everything from him. The story further adds a mysterious twist that sets a visual spectacle for quintessential action lovers.