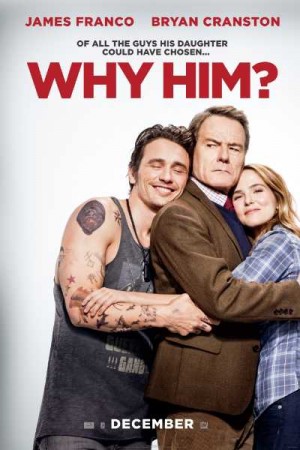 Why Him? Full Movie Synopsis:

Why Him is an American comedy drama film featuring a somehow dysfunctional family where Ned and Barb, lives along with their teenager son Scott. Ned makes plans to visit his elder daughter where he finds out that she is in a serious relationship with a guy who doesn’t seem good. Although he is wealthy and successful and loves his daughter, Ned isn’t supportive of his careless way of living. The film then becomes the story of how that guy tries to win over his lover’s parents in order to get their approval to marry their daughter.


Rent / Buy Why Him? Online

Watch Why Him? Full Movie Detail