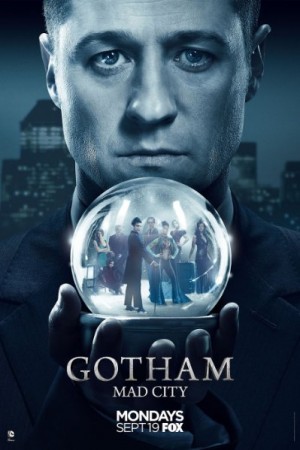 Gotham is an American crime TV series based on the characters appearing in the DC Comics universe and the Batman franchise. The story mostly takes an unconventional route and follows the life of agent Jim Gordon who is all pumped up to finish up the organized crime syndicates pestering the city. Salvatore Maroni and Carmine Falcone are two underworld Dons ruling the underbellies of Gotham and are competitors to one other. Characters such as Fish Mooney and Penguin also makes their appearance regularly as the mind games become frequent between the two syndicates in a bid to rule over the Gotham city.