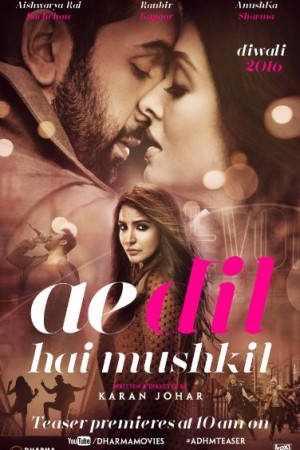 Ae Dil Hai Mushkil is an upcoming romantic Hindi feature film directed by Karan Johar and starring the likes of Ranbir Kapoor, Aishwarya Rai Bachchan and Anushka Sharma. The film tells the story of unrequited love in the fast moving world as today. The love triangle is full of emotional moments that could stir the feelings of the audiences to their cores. The film will be released worldwide on Diwali and the director/producer Karan Johar is making his much hyped comeback with the film. The film ran in controversy recently but the excitement about the film is only growing up.