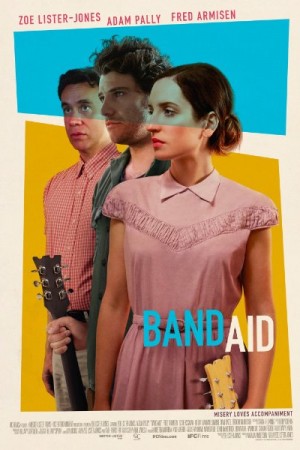 Band Aid is an upcoming drama film depicting the problems persistent in an average modern American household and how it can be dealt with a hint of childishness and passion. Ben and Ana are in marital bond and are finding it very hard to stand each other. Their therapist suggests them something weird and different to try in order to solve their grief, to sing songs whenever they were about to enter a fight. The couple tries this and finds out their hidden talent for music and eventually starts a band.