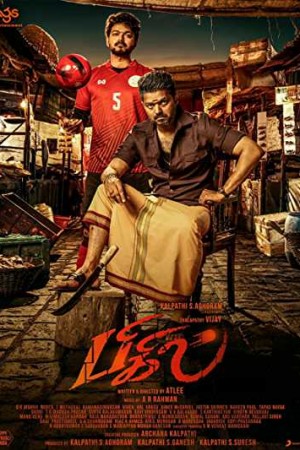 Bigil is an Indian sports action film in the Tamil language. The story follows the journey of Michael Rayappan, a Chennai-based don, from an aspiring sportsperson to a don and then back to his favorite sport. When Michael was about to leave for selection trials of the Indian football team, rival don Alex and his son Daniel killed his father. To this, Michael killed Alex and took over his father’s position while the rivalry continued with Daniel replacing Alex. 7 years later, his friend and Tamil Nadu’s women football team’s coach, Kathir is injured by an attack asking Michael to replace him as a coach. Will the association and team accept a don as their coach forms the rest of the story?