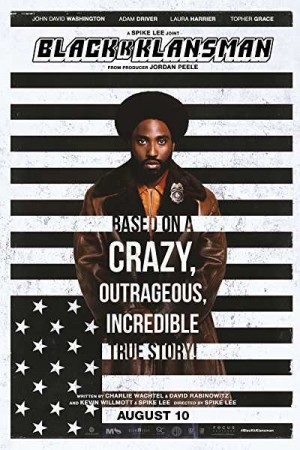 BlacKkKlansman is a 2018 American biographical crime drama film that tackles the theme of racism that is prevalent in the american society, especially against the black community. The film is inspired by the true events that transpired in the 90s that dealt with the infamous KKK, the Ku Klux Klan, a hate group that is highly sensitive about the rights of the African American community in the USA. The story follows Ron Stallworth, the first black officer in the Colorado Springs Police Department that takes on the KKK in his own way. The film mainly deals with his heroics as he gets on the bad side of his own black American community.