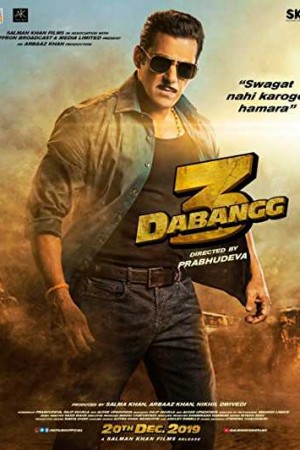 Dabangg 3 is an Indian action comedy film and a sequel to Dabangg 2, forming the 3rd part of the Dabangg film series. The movie marks the return of the carefree yet fearless cop Chulbul Robinhood Pandey, this time going face-to-face with a criminal with annoying antics. The plot takes you back to the past covering events that led to the making of the fearless cop as Chulbul is today. It also introduces Balli Singh, the main antagonist who disrupts the life of Chulbul Pandey and other people. Discover the journey of the happy-go-lucky inspector uncovering what Balli did and how he became a cop to face off his old rival.