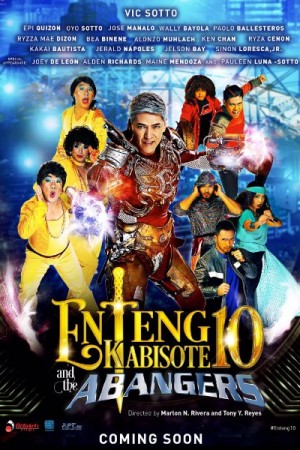 Enteng Kabisote 10 and The Abanger is a Filipino action adventure fantasy film based on a highly popular and locally successful TV series. The film will serve as the tenth instalment in the film series and will take the story forward as the film narrates the classic tale of good against evil. Kwak Kwak, the main villain in the story happens to have a plan to destroy the humanity and what Benok has the responsibility to stop him from doing so. He, along with Enteng, will take the help of his sisters this time around and they stand together against the evil.