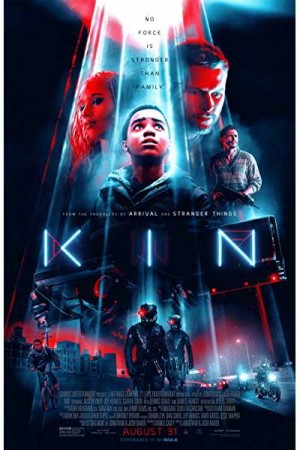 Kin is an upcoming 2018 American science fiction action film directed by Jonathan and Josh Baker. The film tells the story of an ex-con and his little teenage brother as they embark on a run-in order to save their lives. The creatures chasing them belong to a different realm all together and they are hungry for their blood. The film deals with the classic tale of a nobody becoming somebody and also deals with the themes of greatness in the middle of inferiority. The film also stars James Franco in a pivotal role.