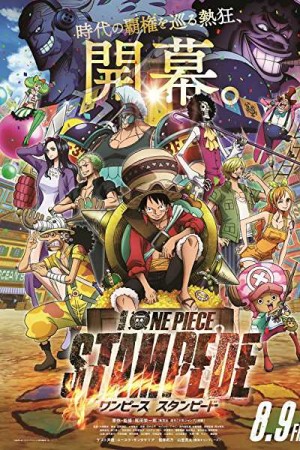 One Piece: Stampede is a Japanese animated fantasy action-adventure film that forms the 14th part of the One Piece film series. The story is based on Eiichiro Oda’s manga of the same name. The movie follows a Pirate Expo, a large event organized for pirates by pirates that includes all the famous as well as infamous pirates from across the world. While the strawhats are also invited to the event, the marines decide to interfere uninvited. Watch the movie to know if the pirates can successfully complete the treasure hunt of a lost treasure that belonged to Gold Roger or return empty-handed?