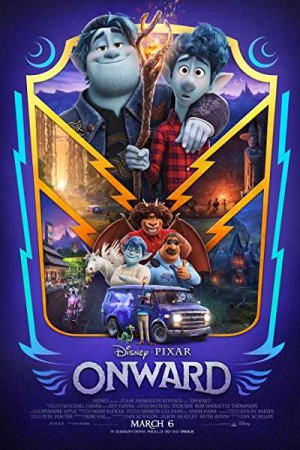 Onward is an American computer-animated urban fantasy film. The movie is based on two teenage elf brothers named Ian and Barley Lightfoot. In a fantastical world, they both receive a prearranged gift from their father who died before Ian was born and, at that time, Barley was too young. The staff member comes with a method (spell) that can bring their father back only for a day so that the sons can meet him. But when Ian uses the spell, they only get the legs of their father, landing the brothers to find a way by which they can bring back their father before the time runs out.