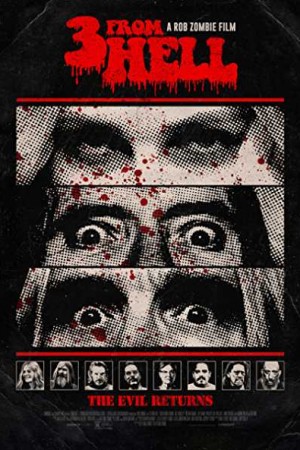 3 From Hell is an American horror film and based on a follow-up story to the 2003-film House of 1000 Corpses and its sequel in 2005 The Devil’s Rejects. The plot follows the return of the crazed killers Captain Spaulding, Otis Driftwood, and Baby Firefly in the conclusion part of the horror saga focusing on the Firefly clan. After being nabbed by the police in the previous film, this story begins with the clan in the hospital followed by a bloody standoff of police. Since the serial killers again pick up their shotguns and machetes and kickstart the mayhem, how will police & people survive?