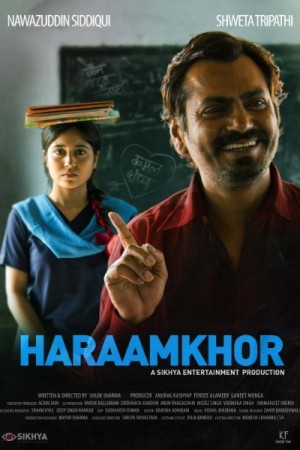 Haraamkhor is an upcoming Hindi language Indian comedy drama film taking on a controversial love story taking place between a teacher and his student. The light hearted film with a strong core has been written and directed by Shlok Sharma. Nawazuddin Siddique plays a tuition teacher who develops feelings for one of his students, who apparently is a minor. There is another angle to the love story when one student also falls for the same girl. The film takes some crazy turns and twists and revolves around the theme of taboo love and what it really means to passionately fall in love with someone whom the society doesn’t accept.