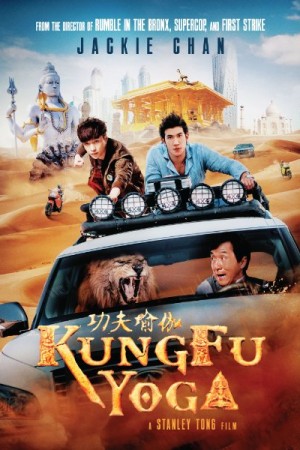 Kung Fu Yoga is an Indo-Chinese co production film set in India and China and tells the story of Jack, a world renowned archaeologist. He, along with a very capable team, sets out to locate some lost treasures in the ancient Indian cities. But things aren’t as smooth as they seem as they get entangled with some local mercenary Indian group and are left to die in there. However they somehow manage to escape and using their knowledge of ancient history and kung fu, they set out to locate the treasure while fighting their way to get it.