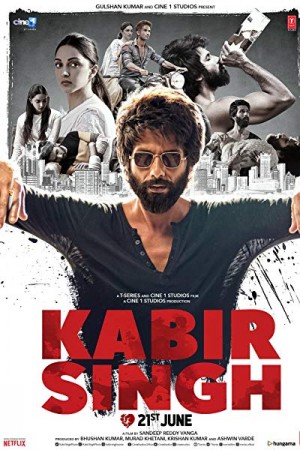 Kabir Singh, an Indian drama film, is a remake of 2017 Telugu film Arjun Reddy that follows a medical student who sets on the path of self-destruction after a heartbreak. Dr. Kabir Rajveer Singh is an alcoholic surgeon having deep-rooted anger management issues. He develops a sudden love interest in Preeti, a medical student and both fall for each other following a twisted courtship. However, the couple is separated as the girl is forced to marry another man and Kabir spirals out of his control under the increasing influence of alcohol, cigarettes, and rage over time. Does Kabir end his life like this or gets a reason to live again forms the rest of the story.