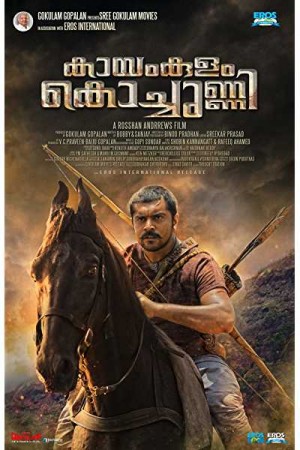 Kayamkulam Kochunni, an Indian film in the Malayalam language, is an epic period movie that visualizes the life of a legendary 19th-century highwayman of the same name. Stories on the life of Kayamkulam Kochunni are a part of Kerala’s folklore, and similar to all others, this movie also features his friend and highwayman Ithikkara Pakki who hails from the Ithikkara village on Ithikkara River’s shore. Dreaded by the rich & corrupt people of the society, Kayamkulam was a Robin Hood of India who stole wealth only to distribute it among the poor and the needy. The movie unravels his journey from humble beginnings to becoming a timeless folk hero.