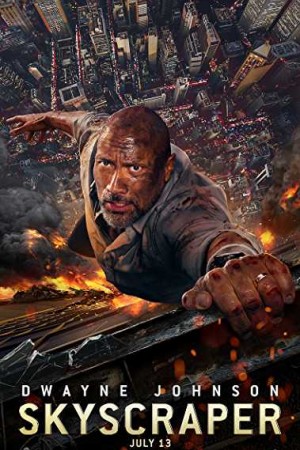 Skyscraper is an upcoming American action thriller film starring Dwayne Johnson as an ex FBI officer who is on a mission to rescue his family from a building that is ablaze. Upon his retirement from the FBI, he had started working as the security officer for the skyscraper. He is on an assignment in China when he finds out that one of the tallest and most famous buildings in the world has caught fire and he has been framed for it. He is now an outlaw who is on a run and he has to prove his innocence and earn his respect back. On the top of that, his family has also been trapped inside the burning building and he has to save them all.