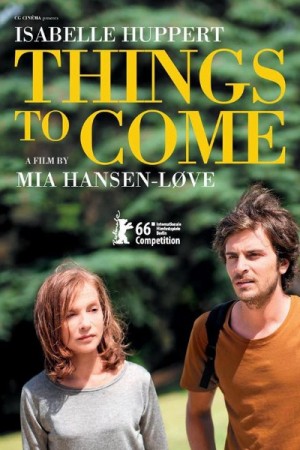 Things to Come is a French- German co-production drama film directed by Mia Hansen who also happens to have penned the screenplay for that. The low budget film was selected to compete in the prestigious Golden Bear award at the recently concluded Berlin Film Festival. The film chronicles the story of a philosophy professor as she struggles through several heart-breaking events. The death of her mother and cheating husband if weren’t enough, she also gets fired from her job. How she struggles through her life is what the film focuses on. Isabelle Huppert plays the lead role in here.