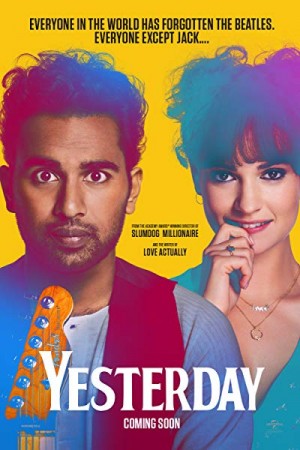 Yesterday is a British romantic comedy film starring Himesh Patel as Jack Malik, who is a struggling singer and songwriter from Lowestoft. After Jack meets an accident, he finds out that no one except him remembers The Beatles in this world while singing one of their songs ‘Yesterday’ to his friends. With this in mind, the struggling musician starts performing on the songs of The Beatles while claiming those to be his own to gain undue advantage and fame. However, before one of his concerts, 2 fans approached him stating that they know about the plagiarism of his songs. Will Jack admit his mistake or fight to retain the fake fame?