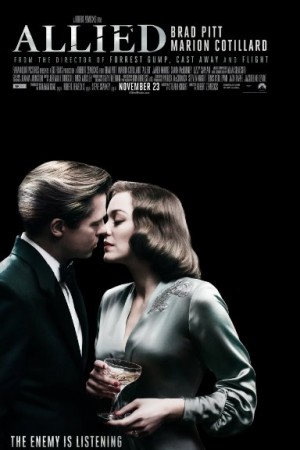 Allied is an American-British co-venture romantic thriller film based on the backdrop of the Second World War. A British spy meets a French beauty behind the enemy lines and the couple falls in love. They meet in London sometime later and their love re-blossoms and they end up getting married to each other. The war comes in the way of their happy relationship and the man comes to know that his wife may be a German spy. The story takes turns one after the other and becomes the story of how the woman proves her innocence.