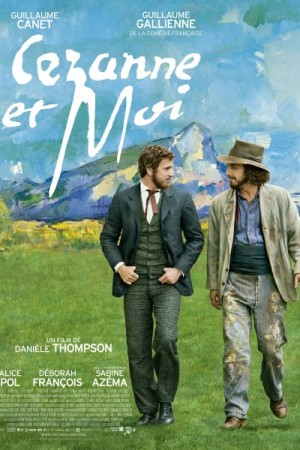 Cezanne and I Full Movie Synopsis:

Cezanne and I is an upcoming French biographical drama film telling the real life friendship that bloomed between two distinct artistes, the novelist Emile Zola and the painter Paul Cezanne. Their friendship was a talk of the town in France back in 19th century as they both bonded over art and beautiful women. The film which somehow is a fictionalized account of their friendship will dig deep into their lives and will portray the moments of their bromance, the times in which they had differences and will culminate in a satisfying finale. The story is mostly told through the flashbacks and takes off when a middle aged Cezanne confronts Zola about his latest novel which is based on a failed painter. And then we get a glimpse into their childhood during the time when they first met in school and saw passion in each other regarding their respective art forms. Zola always wanted to become a writer but he was fatherless and poor back in the days and eventually became a part of the very community which he mocked one. Cezanne on the other hand, was a rich brat with major daddy issues and worked hard until he was finally recognized later in his life.

Cezanne and I is an upcoming historical drama film telling the heart-warming tale of friendship between two great artists of the 19th century. The film will take a peek into their lives as they started their respective careers coming from different social backgrounds and bonded over art and women. The two men had their shares of hatred for each other and sweet moments of friendship. The film starts as Cezanne, the painter, confronts Zola, the writer about his new novel which is about a failed painter. They get on talking as the story is told mostly through flashbacks.


Rent / Buy Cezanne and I Online