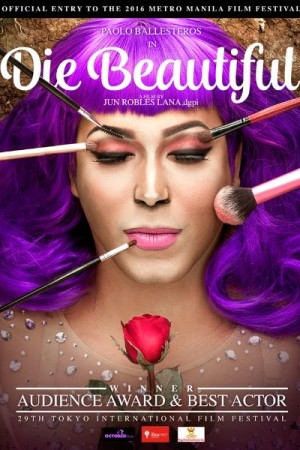 Die Beautiful is a Filipino comedy drama film revolving around the themes of gender related misconceptions still prevalent in the society. A young boy Patrick wants to win the women beauty contest but his family, especially the father is against his wishes. The story, which is being told through the flashbacks for the most parts, starts in the present when Trisha, or Patrick is already dead and is being buried. The father wants to bury Trisha as a man, against his last dying wishes. The film takes emotional turns with the core of it still being a light comedy.