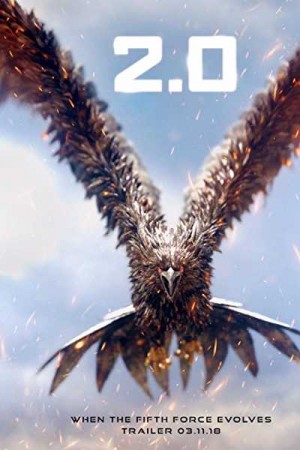 2.0 is an Indian science fiction film, released as a successor to the 2010-movie named Enthiran in Tamil and Robot in Hindi language. While the first movie ends in Chitti being disassembled due to some chip-level problems causing the machine to turn violent, the 2.0 sees a bigger threat. While the new threat is far beyond the understanding of science, government calls up its scientists for help. Dr Vaseegaran, the creator of Chitti, suggests and is compelled to reassemble his robot Chitti as a last resort to put up a worthy fight against the monster. In a sci-fi mode, filled with technical segments, the movie reveals the future of the world as well as Chitti.