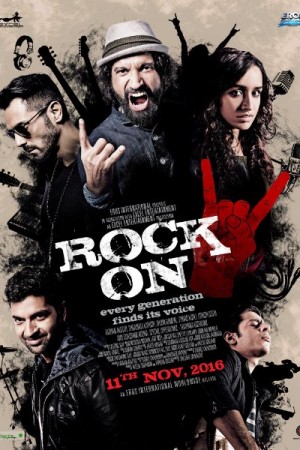 Rock On 2 is an upcoming musical Hindi feature film taking the story forward where they left us in the previous movie. The band has reunited and is all set to recreate the Magik. The film, along with the actors reprising their roles from the previous movie will have a bunch of new actors joining the bandwagon. The film is set for the most part in the north east part of Indian and the shooting is done mostly in Meghalaya. The film will have a look into the rebellious nature of music and how it can help changing the mindset of the younger lot with fierce lyrics and provoking music. The film stars Farhan Akhtar, Arjun Rampal, Purab Kohli as they would be reprising their roles from the previous movie while Shraddha Kapoor and the young actor Shashank Arora will also be joining the cast as a new member of the band.